It was October and Minnesota was in full fall bloom when we landed at the first of Glitter Cat Bootcamps - Roasters. We took the opportunity to meet up with Carlos before he got into the training.

Carlos grew up in Jacksonville, Florida with his mom and had minimal resources, but there was always coffee and gospel music. That's how his mom would start the day and it's where his coffee journey began. While in college in 2008, Carlos realized the benefits of coffee after his first sip of bottled Starbucks.

But his love of coffee would take a little longer to brew. In 2016, he was hired as a manager/head-roaster and it was then that coffee took on a new meaning. "Coffee is like music, it's universal," Carlos said. "It's a catalyst for relationships. I came out of my office and looked around and saw a college student, a homeless person, low income, soccer moms doing homeschool and I was like 'Woah, there is something here.'"

Since then Carlos, his wife, and two children (with another one on the way!) have done everything possible to make the coffee dream come alive. They started Happy Home Roasters, they are working towards moving to Hawaii to start a brick and mortar operation and most importantly, Carlos took a chance and applied for Glitter Cat.

Amid the morning coffee rush, Carlos found out he was accepted into the program and he was overwhelmed. It has been hard for him to tap into the industry, but Glitter Cat has given him an opportunity he didn't think he had. Carlos wants to give other people of color hope that they have a place in this industry.

And you are, Carlos. Thank you for sharing your story!

He did an original rap for his Glitter Cat Audition.

Meet the Perfect 7 at Host Milano

Curtis elevates beverage programs in any foodservice operation. Here are some of the stars we’ll be showing at the HOST Milan show…

HOST Milan is around the corner and Curtis will be there! HOST “…stands out for its unique exhibition concept that combines vertical specializations…” and it continues to be a way to stay top of trends and find relevant partnerships for the hospitality industry.

Be sure to see the entire collection of Curtis coffee and tea brewing equipment: The Curtis Alpha is perfect for busy cafés that offer bottomless coffee refills. Equipped with a warmer and a design that distinguishes between decaf and regular coffee, your servers can help you stay on top of your customers’ needs. Curtis Combo Brewers are perfect for operations that want to offer a variety of beverages but have minimal counter space. Brew hot coffee, iced coffee or iced tea from the same unit with ease. The Combo Brewer takes up minimal space and allows for a clean/minimalistic countertop aesthetic that entices consumers. The Curtis D500 will improve coffee programs of any size. Paired with our airpot dispenser, your coffee will stay fresh and ready-to-serve to customers who love their coffee! Curtis is proud to bring the GemX line to HOST. The GemX coffee brewer with IntelliFresh and FreshTrac helps operators brew a batch of coffee and track its freshness no matter where it’s merchandised. Our GemX series features an elegant, sleek design so it looks great on any countertop. Curtis Water Towers have a sleek narrow design that fits in most spaces. Don’t waste time checking water levels and setting temperatures, as this machine comes ready-to-use out of the box. A customer favorite, the ThermoPro Coffee Brewer is designed with you and your customers in mind. Whether you have a self-serve coffee bar or a “to-go” coffee area of your restaurant, the ThermoPro is for you. Stainless-steel, vacuum-insulated ThermoPro servers are ready to provide fresh, delicious coffee no matter where you merchandise them.

Come check this line up out and more at booth #G-37!

From operation and cleaning, to equipment and features overviews, you’ll find handy and informative videos throughout the Curtis website on every coffee, tea and specialty beverage equipment product line. And now, we’ve added even more video content to provide you with a complete library of assets including:

Need a visual demonstration on how to clean a G4 ThermoPro brewer? It’s conveniently located on our website.

Want to learn more about the Curtis G4TBP Low Profile Tea Brewer? Check out the video sales sheet that covers all the features of this hard working unit.

Looking to fine-tune your coffee profile with consistency? Watch the video on the G4 Record Button that’s featured on select Curtis brewers. It lets you create an exacting recipe that can be automatically recalled at any time and duplicated with the exact flavor profile intended.

See our latest videos to learn more about Curtis Equipment and the Wilbur Curtis Company.

Get some inside knowledge about our company and brewing equipment.

Learn how to properly care for your Curtis equipment, and learn about our video training program.

The Barista League Los Angeles was so much fun! A great night of friendly competition took place at Black Rabbit Service Co. Take a look at this recap.

Curtis had the honor of checking it out.

While the US celebrates World Coffee Day on September 29, many counties around the world recognize October 1st as the day to shine a light on the celebration of coffee and recognize the millions of people across the globe - from farmers, to roasters, baristas, coffee shop owners and more - who work hard to create and serve the beverage we all love.

Coffee has never been more popular, with an estimated 3 billion cups consumed every day, a number which continues to rise. The diverse mix of global celebrations that take place on International Coffee Day truly showcase coffee as one of the world’s most loved beverages.

While we celebrate this day every year, we also focus on how to continue to improve coffee’s future and the people who work in this industry. Find out more at https://www.internationalcoffeeday.org

The NACS Show is the biggest convenience industry event in the world. With over 100 industry-trend experts attending and more than 50 education sessions open to NACS attendees, there are a wide variety of opportunities to learn more about category management, foodservice innovations, convenience marketing initiatives and the other areas that can impact c-store business success.

While you’re there, make sure to visit the Curtis booth #8031 to see our extensive selection of coffee brewers, tea brewers, specialty beverage equipment including… 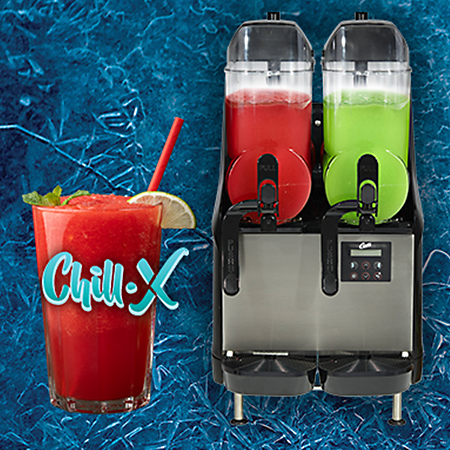 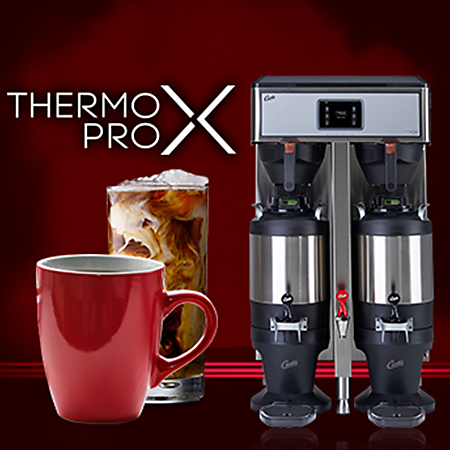 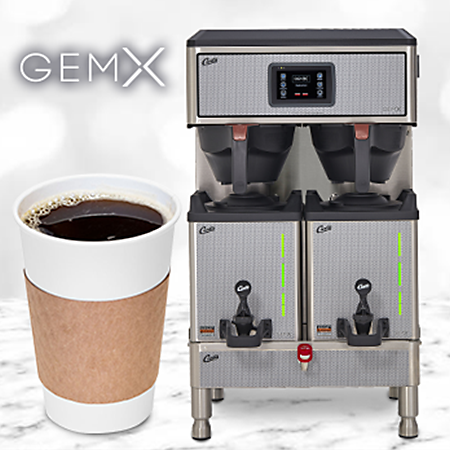 Brilliantly engineered and elegantly styled, GemX delivers fresher coffee and streamlines labor with an intelligent LED system that communicates from across the room. 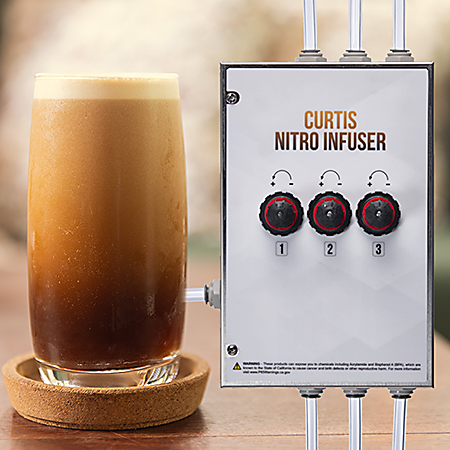 Add Drama to Any Drink

Nitrogenation not only transforms otherwise ordinary drinks, it also brings a definite cool factor to coffees, teas, juices, even beer, while bringing you more traffic, beverage sales and profits. 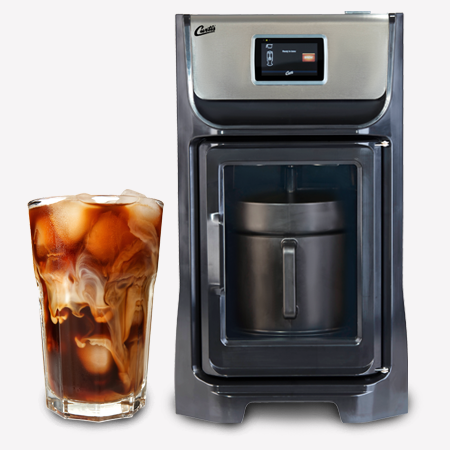 The Curtis Concentrate Brewer delivers a revolutionary, new way to make cold brew and a full spectrum of other coffee styles, tea styles and other flavor profiles more quickly, more efficiently and in quantities never before practical. It’s no longer 24 hours to cold brew coffee. The Curtis Concentrate Brewer will make 5 gallons of cold brew in only 20 minutes using less beans than traditional methods. We’ll be sampling… so enjoy a cold brew from the CCB at the NACS Show! 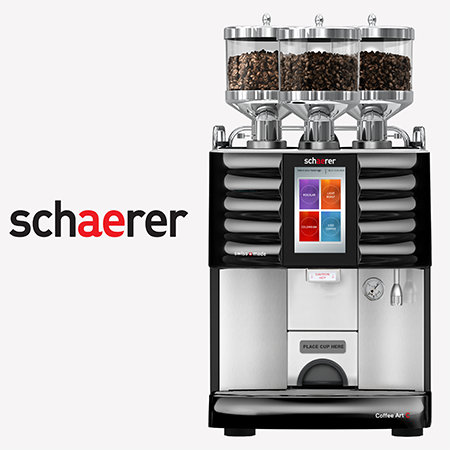 The Schaerer Coffee Art C offers freshly ground and brewed coffee on demand, both hot and cold. The game-changing, fully automatic, bean-to-cup machine is revolutionizing the way coffee is prepared and dispensed within the self-service environment.

Check Out Our Updated Microsites

To provide customers with all the data they need on our coffee, tea and specialty beverage equipment, we have updated our microsites to include even more product line information. Microsites on popular Curtis equipment such as ThermoProX Brewers, Chill-X Frozen Beverage Machines, Iced Tea Brewers and more, now feature a complete product line overview, updated navigation and a download section of all available brochures and sales materials. Everything that you’ll want to learn about the innovative equipment from Curtis is in one, convenient place. Check them out at https://www.wilburcurtis.com/about/microsites

Curtis is headed to the Glitter Cat Bootcamp by sponsoring these two amazing humans, Carlos and Peace. We will be covering their time at GCB as well as their participation in their preliminary events, and hopefully beyond! My name is Carlos Sims, Jr. I have been roasting commercially for 3 and half years and recently decided to start my own roasting company, Happy Home Coffee Roasters. We are a specialty coffee roaster and mobile espresso cart. Our main goal is to help our customers cultivate joy and belonging. I work part-time as a barista, and I use Wilbur Curtis Brewers products daily, so I am extremely honored to be sponsored. The thing I’m most proud of though is my family. I am married to my lovely wife Kaitlyn, and we have two beautiful boys Zion and Ezra. My name is Sirada Sakulclanuwat but I often go by Peace because it is the nickname my parents gave me since I was born and I think it is such a beautiful and unique name. I was born and raised in Thailand up until 15 years old when I moved to the U.S. to pursue further education. I currently reside in New York City where my barista career started and my love and passion for coffee have continuously began. Recently, I have been selected as a Glitter Cats Trainee for Brewer Cups Bootcamp where I will be learning, practicing and training brewing crafts and skills with several US and WBrC Champions in preparation for my first time competing in the U.S. Coffee Championships. I'm also honored to be chosen as a Wilbur Curtis Scholarship Recipient. Curtis was the first coffee brewing machine I've learned how to use when I started my first barista job 5 years ago. I'm very excited to be working with them again and I'm very thankful for all the support and sponsorship that Wilbur Curtis will be providing me during this competition!

Looking to spot the latest equipment from Curtis and be in the know on some of the most popular trends in coffee? Join us at CoffeeFest in downtown Los Angeles, August 25th through the 27th.

CoffeeFest was started in 1992 and has become the hub for all things coffee. With stops in New York, Chicago, Washington, and California, CoffeeFest is an opportunity for anyone who loves coffee to taste new products, receive training from leaders in the industry and watch baristas go head-to-head in competition.

Curtis will be exhibiting our batch brewers, hot water towers, single-cup coffee brewers and one of our newest additions, the Chill-X, a frozen beverage machine.

Stop by our booth to sample coffee from our friends at Hidden House, MoonGoat Coffee, Augie’s Coffee, and Recreational Coffee, who will be using the Corinth, the Curtis minimalist hot water tower.

Open to retailers, consumers, producers and enthusiasts; CoffeeFest has something for everyone. Come find us at booth #2012!